Some stated income programs are limited to the self-employed, while some others will accommodate employees. 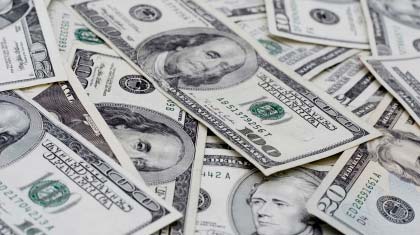 Stated income construction loan programs are a good option if you fall into one or more of the categories listed below and lenders are now reintroducing them for conventional and jumbo construction as well as lot loans.

It is important to understand the fact that a stated income loan is not a liar’s loan, but rather a loan offered to individuals whose credit and financial profiles are strong enough not to bother with the complexities of business and personal tax returns.

Typically a lender offering a stated income construction loan will require a number of months of bank statements to establish cash flow matching the claimed income, as well as a substantial amount of cash reserves equivalent to 3 to 6 months of income or alternately 3 to 6 months reserves of the loan’s principal, interest and tax payments depending on the specific program.

Bank statements that show inconsistent deposits that can’t be justified considering the income type will be scrutinized and explanations will be required.

For example, if the first two or three bank statements in a set of six don’t show enough balance and suddenly a huge deposit is made that is not repeated within the next couple of months, that’s a huge red flag, and the underwriter will demand a justifiable explanation.

Some stated income programs are limited to the self-employed, while some others will accommodate employees.

Underwriters will typically verify the likelihood of the stated income by checking national average ranges for similar employment or business combined with common sense.

Typical loan limits in relation to loan-to-value/loan-to-cost ratios are as follows:

You can finance the Lesser of 85% of the Cost of Construction, or up to the Following Loan to Values, depending on the income documentation that you will supply.

Since a stated income construction loan is considered riskier than a fully documented loan, you should expect to pay a premium in the form of a higher interest rate or fees compared to a documented loan.

The loan-to-value and loan-to-cost ratios are also more restrictive in a stated income program.

Some lenders may offer an alternate documentation program where the level of documentation requirements is much lower compared to fully documented loans, with cash flow and reserves combined with a strong credit profile acting as compensating factors.